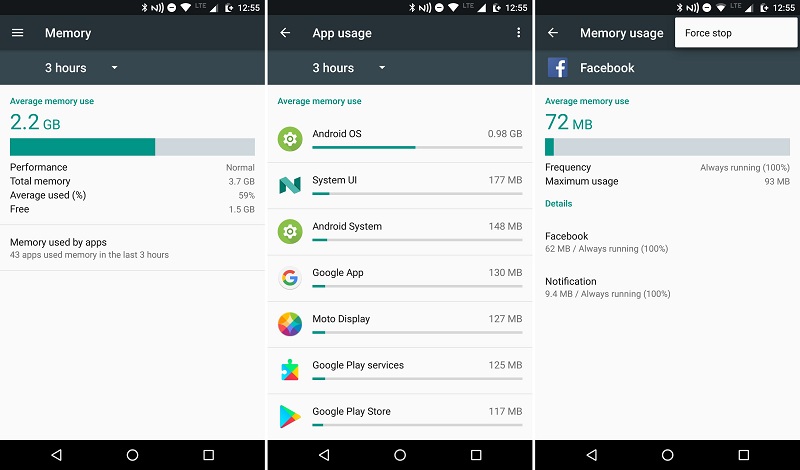 Posted at 02:19h in Blog by Scarlett King 0 Comments
0 Likes

RAM (Random Access Memory) is a type of memory present on the motherboard of a device. It is also called central memory and acts as an intermediary between processor and memory (for example, internal memory or the microSD). This means that it is a volatile, random access memory that contains the data of the applications currently running, which will then be loaded into the CPU for execution. Being a random access memory, it means that the access to the memory occurs much more quickly because you go to act on the data in a timely manner, as opposed to what happens.

For example, in mechanical hard-disks., where various movements take the place of the head that reads the data. In a nutshell, this means that all the applications that run on a device take up some space in RAM, including those in the background (that is, they run without us being able to see), and when the memory is exhausted, the phone slows down. In older phones, this is one of the main causes of slowdowns in smartphones. In this guide, we will see how to free up the RAM to take advantage of the maximum power of your Android smartphone.

This method is present in all Android versions, although each of these has its own peculiarities and does not require external applications. Depending on your smartphone’s version and/or brand, by holding down the home button or simply tapping on the recent applications button (the one represented by a square), a screen will open containing the open applications. To close them, simply slide the application (s) to be closed either left or right.

In some versions of Android, there is a “Close all” button which saves time; this simple operation allows you to free the RAM of the applications we opened previously and should become a habit so that you don’t even think about it anymore to run every time you want to open a new app. It should be borne in mind that if you want to close and open an app several times, it is convenient to keep it in RAM since subsequent reopenings are much faster.

To perform the same operation seen above, some applications allow you to free up RAM with a simple touch, this time also including applications in the background. This is the case of applications such as Clean Master, already famous for the tool that allows the cleaning of unnecessary files. Tapping in the “Phone Boost” section will perform a brief analysis of the applications that occupy the RAM and tapping on “Optimize” will free the memory with a single touch, including background applications on which we could not act with the previous method.

The advantage is that this application allows you to act with a single touch on many applications, while, as mentioned before, in some devices, it is necessary to swipe your finger on all the apps one by one. The flaw is that these applications are almost always reopened after a short time and therefore make cleaning useless. To overcome this, some tools allow you to hibernate applications in the background so that they are not reopened automatically.

The most famous background application hibernation tools are undoubtedly Greenify. This application can be downloaded for free from the Play Store and has a very clear interface to intervene on running applications. In addition, a description of the consumption of each application is also provided. From this interface, you can terminate the applications one by one or create a list that will be managed automatically. To automate everything, it is necessary to grant Accessibility permissions in the settings category of the same name. Alternatively, it is sufficient to have root permissions and grant root access to Greenify via SuperSU.

The procedure for obtaining root permissions will not be covered in this guide. Just pay attention to the fact that you may no longer receive notifications from hibernating applications, so be careful in your selection. Performing one of these two actions will allow you to have a RAM running in the background only the applications that interest you.

Among the heaviest applications to run for an Android device, there are certainly games, which have become heavier with the improvements made to the graphics over the years. To speed up this category of applications, some apps have been created that allow you to free up RAM just a moment before launching your favorite video game. One of these applications is Game Booster, which allows you to select the game to launch with a very simple and clean interface and allow you to speed up its startup by clearing the RAM of all other applications open just before opening.

When they see that their smartphone starts to slow down, they simply trash it and go to buy a new one. The simple tricks seen in this guide are useful in extending the life of your smartphone, even sometimes by a year or two. After following these steps, I am sure that your device will have an edge in performing those slowed down operations due to low RAM. I hope I have contributed to saving smartphones and long life for Android!